Social media is a big part of our lives. But if you’re going through a divorce or battling for custody of your children, you need to understand the potentially damaging role social media can play in your case.

Many attorneys recommend you shut down your social media account completely until your divorce is final. While this may be sage advice, as it will prevent you from posting anything that could be harmful to you, be aware that even with your account “out of commission,” it is still subject to discovery by your ex’s attorney. 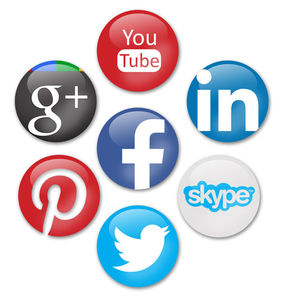 Furthermore, do not delete anything from your social media accounts! The judge can consider anything you delete as the destruction of evidence, and determine you are hiding something. You might want to delete a picture that you think makes you look fat. The judge might decide you deleted a picture depicting you drunk at a party, and that can be used as evidence you are unfit as a parent, and could cost you physical custody of your children. So never, never delete pictures or posts from your account(s).

If you choose to leave your account open, keep in mind that social media posts are now frequently used in divorce and custody cases as various types of evidence. Even a single picture of you holding a cocktail at a quiet work dinner with friends can turn you into a roaring drunk with a drinking problem, and pictures of trips, new cars or other “toys” can be used to show assets that may not have been previously disclosed. In such a case, the judge may think you are attempting to hide assets, which will never turn out well for you.

Although it may sound like common sense, social media is not the place to trash-talk your ex, his/her attorney, the judge, or the court system in general. Emotions are running high, and you certainly need a support system, but don’t take it to the internet, where everyone is watching.

Even if you think you have your account privacy settings on, know and believe there are mutual friends of your ex who will tell him/her what you have posted. Always consider, before you post a picture or a comment, whether you would want it seen by the judge or a courtroom full of people, and whether it could be misunderstood if taken out of context.

…Can And Will Be Used Against You…

As stated above, social media is frequently used as evidence in divorce cases, so you should take care to consider what you are posting in light of how it may look to the judge or the other party. Pictures of new cars or “toys,” or you on vacations may infer you have the financial means to pay alimony (now called maintenance in most states), and pictures of you out “partying” with friends may be taken as “evidence” you are an unfit parent if you are trying to get custody or extended visitation, especially if you have forgone visits with your kids when the pictures are taken.

Also, some states have fault-based divorce, which can seriously impact your case, and if you are pictured, even once, in what can be twisted into a “compromising” situation with a member of the opposite sex (or same sex, in the case of same-sex marriages), no matter how innocent it may be, your no-fault divorce can now become a fault-based divorce, based on adultery. Your soon-to-be-ex doesn’t even have to necessarily prove you committed adultery, just that you had the opportunity – and you could lose a lot more than you originally thought, in the form of paying out alimony, inequitable distribution of assets, and loss of custody or visitation with your children. 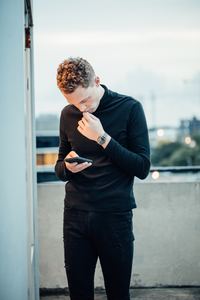 One last thing to note, rein in your text messages as well. They, too, can be introduced as evidence in many jurisdictions, so keep it civil with your ex. Sending any type of abusive, harassing messages can damage your case. Refrain from arguing over text, using profanity, or name calling. Rest assured your ex will show his/her lawyer, and the lawyer will introduce it to the judge. There is no need to send repeated texts to your ex, even if they have the kids. You will have to accept that when the kids are with him/her, you no longer get to decide what your ex can or can’t do with the kids. Keep your texts short, on-point, and minimal. A good rule of thumb is don’t send anything you wouldn’t want the judge to read out loud at your next court hearing.

Keep A Cool Head On The Keyboard

All in all, a little common sense goes a long way. Social media allows us to keep in touch with family and friends and allows us to express ourselves in ways we could never have imagined a decade ago. But remember it can be a two-edged sword, and use it carefully and responsibly. And if you have children, they don’t want to watch their parents fight it out online, for all the world to see. And frankly, neither do most of your friends and family. Before clicking that share button, consider the impact it could have not only on your case, but on those around you – especially your children.

So, just to sum up what’s been mentioned so far: