You got married with the hope of living happily ever after. Unfortunately, you immediately discovered some very disturbing things about your new spouse. They lied, they deceived you. Can you get an annulment? In South Carolina, you can but it may not be easy.

Let’s look at the differences between annulment and divorce. Annulment is based on strict criteria that suggest your marriage was invalid. It is a seldom-used way to end a marriage. Once your marriage is annulled, it means that in the eyes of the state, it never existed. In other words, a South Carolina court rules that the marriage wasn’t valid in the first place. So the spouses were never technically married.

On the other hand, divorce is the common legal way to end a valid marriage. The divorce is a formal legal process that ends the marriage via court action. A court document called a divorce decree is issued to document the end of the marriage. A divorce remains as part of the involved parties’ legal records, but annulment doesn’t

Marriage Annulment and the Law in South Carolina

Parties that want to annul their marriage may do so through a religious-based process. Unfortunately, this doesn’t change the legal status of the marriage. This is where court-based marriage annulment comes in to wipe the slate clean.

Different states have different laws on marriage annulment. The laws in South Carolina limit the grounds upon which a marriage may be annulled. According to the South Carolina Code Ann § 20-7-420 (6), a legal annulment can be granted if one or both of the parties can provide proof of the following grounds:

Before granting annulment based on fraud, a court in South Carolina will take into account several factors. If the couple consummated the marriage through sexual relations, sharing a bed, or living together, it’s less likely that the marriage will be annulled.

The marriage annulment law in South Carolina allows a judge to decide on issues touching on the marriage. They may take into consideration matters like child custody, property division, and alimony. In such cases, there may be a good reason to go the divorce way even if you qualify for an annulment.

Effects of a Marriage Annulment in SC

One of the most significant effects of having a marriage is that the affected parties move on with their lives as though they were never married. It means that no valid marriage ever existed. If a spouse took the last name of their marriage partner, they could choose to drop or continue using it after the annulment.

Annulment also affects children conceived and born during the marriage. A South Carolina court considers them legitimate as long as one of the parties entered the marriage in good faith. In other words, the spouse should not have known that the marriage could be invalid. As such, children should be supported by both parents financially. They also have a right to inherit from either of the parents.

Who Qualifies for Annulment?

The first step to qualifying for annulment is to meet one of the legal grounds for annulment. These must be per the marriage annulment laws in South Carolina. To qualify, you must be able to prove insanity, fraud, mental incapacity, coercion, affiliation, or bigamy on the part of your spouse. 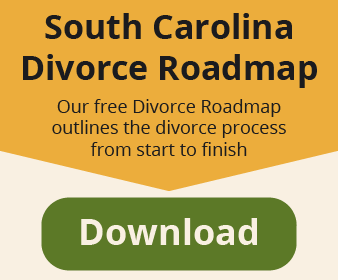 You must be able to prove to the court that you got married without the proper intent. This means that as the plaintiff, you must be the innocent party. Ensure you meet the residency requirements of the state and meet the state’s statute of limitations of annulment.

If you meet any of these conditions, go ahead and file for a marriage annulment in Charleston, South Carolina. History shows that even celebrity couples have been successful in filing for annulment under some of these grounds.

Many celebrity annulments are based on fraud.
Renee Zellweger and Kenny Chesney, for example, had their marriage annulled on the grounds of fraud. The fraud involved refers to: “the miscommunication of the objective of their marriage at the start”. They got their annulment in California. South Carolina might not take such a liberal view of fraud.

Nicholas Cage, had one of his marriages annulled based on drunkenness. His annulment was in Nevada. Nevada has different annulment criteria than South Carolina.

How to Get Your Marriage Annulled

When you want to annul your marriage in South Carolina, the law requires that you file a “Complaint for Annulment.” This must be done in the family court your spouse lives. As the spouse filing for annulment, you’ll be listed as the “plaintiff” while your spouse is the “defendant.”

You must have lived in South Carolina for at least one year. In your complaint, ensure that you list the date of your marriage and where you got married. List the city, county, and state where the wedding happened. You also should mention the county where your spouse lives as well as where you live.

If there were children born during the union, you should list their names and their dates of birth. If you’d like the court to decide on child custody, visitation, or support, remember to mention this in your application.

After filing your complaint with the family court, be sure to serve a copy on your spouse. The clerk at the court or a family lawyer can help with this process if you’re not sure how to go about it.

The South Carolina court will hold hearing sessions where you’ll have the chance to prove your claims for annulment. Bring all the evidence you can to the hearing.

A marriage annulment in Charleston, South Carolina can be challenging. If you’re afraid that you may not be able to prove your case, let an experienced family attorney help you. At Crossroads Family Law, we will walk with you through the intricate annulment process, addressing your concerns to help you achieve your goals efficiently. Call us today and get a free consultation with a marriage annulment attorney Charleston, SC. Call us on 843-474-4000 to get started.