My Daddy’s Just a Paycheck

Laws may vary from state to state, but when a child is born to unmarried couples, the mother usually has automatic full legal and physical custody at birth. Even if the father’s name is on the birth certificate, unless he takes steps to establish custodial rights, he has little more than the right to pay child support.

Mom can make it difficult or impossible for dad to even see the child. As long as she gets that money, she’s on to boyfriend number 2 or 3 or 6, carting the child along with her, and dad is left in the dust. 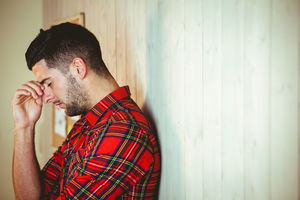 My son is one of those dads. He hasn’t seen his daughter in years, not for lack of trying. He has a court order giving him unlimited telephone access, as well as ordering the mother to provide a current address and stating the child is not to be moved out of state. She moved from hotel to hotel, boyfriend to boyfriend, city to city. My son would locate her, and she would move. He would find her on social media and she would block him and shut it down. He finally learned she had left the state.

No Help From ‘The System’

When he spoke to the child support enforcement division, they sent him a letter informing him there was a new payee – the mother’s new husband. My son spoke to his daughter’s caseworker and was told she couldn’t give him any information because he wasn’t a party to the case. Now my son is paying child support to a man who has custody of his daughter, while he has been in a years-long battle trying to find his daughter. He filed contempt, was granted a hearing, but was unable to locate the mom to have papers served before the deadline.

Fathers need better protection. As more and more unmarried couples have children, it is inconceivable to force a father to establish and dispute custodial rights at the birth of his child. It is no longer in the best interest of the child to simply award primary custody to the mother. There is no accountability of the mothers. They are free to do as they please, while the courts monitor every misstep of the fathers. Enacting laws that would put mothers in jail or take away their driver licenses for violating court orders, just as they do when fathers miss child support payments, might reduce the incidences of alienating these fathers from their children.

The same piece of paper issued to force my son to pay child support was supposed to protect his access to his daughter and keep her in the state. Why can the state enforce only the piece against him, and nothing against his child’s mother?

Are you in considering or in the middle of a divorce or break-up? Get our Divorce Roadmap and see where you stand in the process.