A Powerful Word During Divorce

Power of The Word

In the perfect divorce world, you and your former spouse will agree to parent your children amicably, and always agree to uphold the other’s standards, rules, and/or punishments. But let’s face it – that’s not going to happen. When one or the other of you impose a punishment, the other isn’t going to want to uphold it if it’s going to infringe on “fun” time that was planned or if it will inconvenience or make that parent “be the bad guy.”

The hardest thing to accept in a divorce is that you no longer have complete control over your children nor your spouse. When your kids are with the other parent, you don’t get to tell the other parent what they can or can’t do with his or her own children. And the sooner you learn to accept this, the better it will be for you and the kids.

And The Word Is… 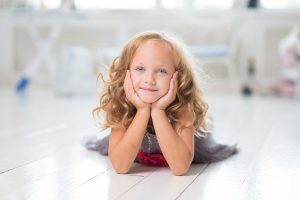 Your former spouse is going to do things with your kids you would never in a million years have considered letting your kids do. Learn to say, “whatever.” Perhaps he’s doing it to see if he can get a rise out of you. If for no other reason, don’t let him win. Don’t give him the opportunity to tell the kids, “We would have done this really fun thing, but your mom won’t let us do it.” Or maybe she is letting the kids stay up late on school nights and miss school because they aren’t finishing homework. Practice saying, “whatever.”

When your children are in the care of the other parent, take the time to do some self-care. Go to the gym, go out with friends, find a new hobby. Think about all those times you would have loved to have had some time to yourself! Now you have it – make the most of it! Grab a book and go to the beach, take a weekend trip, go visit your parents, or just spend the time binge-watching your favorite Netflix series. 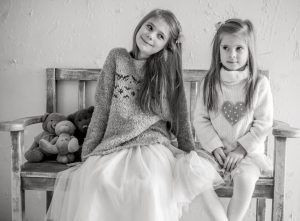 When the kids come home, be genuinely interested in what they did. Don’t “grill” them about their time with the other parent – they may be anxious about sharing things, if they think you’re going to be angry with them or with their other parent. Whatever they tell you, accept it, and allow them to be excited and happy. Practice saying, “whatever!” (But say it to yourself, not to them!) If you become angry, your children will be less inclined to share things with you, and that’s a bad precedent. The more open you are with them, and the more open you allow them to be with you, the more information you will get not only now, but as they get older. Set the tone now for an open relationship in the future.

The more you practice saying, “Whatever,” the more you’ll find that things don’t bother you so much. Initially, you’ll be boiling on the inside. It may help to find a good friend to vent to. But if you can remain calm in the presence of your children and your former spouse, you are winning a huge battle. Over time, you’ll find that “whatever” comes more easily, and you’re not as hot on the inside as you once were. And believe it or not, one day, it really won’t matter!